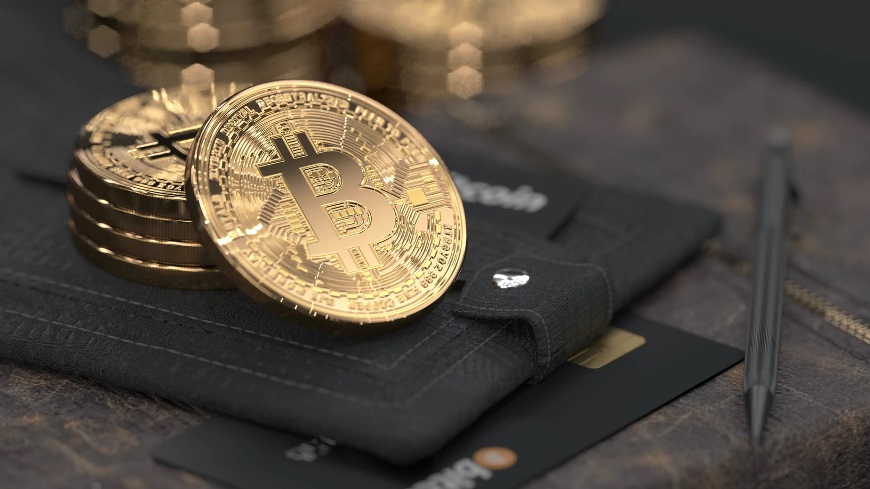 Cryptocurrencies are growing in popularity. Some use the coins for trading and regular speculative earning, while others consider digital tokens as a long-term investment. In both cases, sooner or later, the trader will be faced with the need to withdraw Bitcoin to a personal wallet. And if the user decides to convert the coin into fiat money or cash it out, he needs to know how to withdraw BTCs to a card.

There are few roads to derive BTCs from a wallet to a card, as well as to e-wallets. It is important to keep in mind that the procedure can vary significantly for residents of different countries.

BTC - refers to a non-centralized type of digital currency that does not depend on banks and can be transferred between users in a peering blockchain web-system without the need for intermediaries. A cryptocurrency wallet is an area of a distributed ledger that stores a digital record with a certain amount of BTC. The wallet also keeps a record of all the transactions that have been made in it. There are wallets capable of storing only Bitcoins, or several types of tokens.

There are hot and cold cryptocurrency wallets. Some experts single out another intermediate option - warm vaults. Hot ones include:

A warm wallet is called a desktop thin wallet. The software must be installed on the local computer, the wallet address is tied to the IP address. The full Blockchain node is not downloadable, which can be a loophole for cybercriminals.

How to withdraw Bitcoin?

How to withdraw bitcoins to casha cryptocurrency exchange?

Let's take J2TX as an example.

Verified users can withdraw Bitcoin from the Wallet section in the personal cabinet. You need to select BTC, specify the address and amount, and click on Withdraw. The fixed commission is only 0.95%, the minimum withdrawal amount is not set here, the maximum is 25 thousand dollars.

Algorithm of actions for exchanging your BTCs for crypto exchange looks as follows (for easier understanding the whole process will be considered with reference to J2TX exchange, the most popular platform among users):

How to withdraw money from bitcointo my card?

To withdraw Bitcoins to your card, you need to convert them into fiat currency. The easiest way to do this is through the main page of the site in the appropriate window. Just choose required currency in the corresponding field and specify the sum you want to get in return. As soon as there are dollars or other fiat currency on your account, you can withdraw them directly to your Visa or MasterCard from your personal cabinet.

Recently, this principle of exchanging crypto has been gaining popularity by huge strides. Both the large number of offers in the market for this type of services and the ease of its use play a huge role in this.

The principle of exchanging cryptocoins through an online exchanger is as follows:

To summarize the above, we can highlight the following disadvantages of online exchangers:

Despite this, the number of users of this particular bitcoin transfer procedure continues to increase. The following advantages contribute to this:

The specifics of this method is most suitable for one-time withdrawals of small amounts.

How to withdraw Bitcoin in passing bank systems? In person, of course!

The third most popular option for how to withdraw bitcoin is a direct exchange between the buyer and the seller. The procedure here is simple:

However, the seeming simplicity of this option brings its own specific disadvantages. Thus, the main disadvantages include:

The advantages of withdrawing bitcoins via direct sale to another user include:

However, despite the growing popularity of this option, its widespread spread is hindered by difficulties in providing protection from fraud for both participants of the transaction.

In some countries bitcoin is legalized at the state level. The market leaders in terms of creating a favorable environment for fintech and cryptocurrencies are Japan, Switzerland and Singapore.

Russia does not yet have a specific position on the definition of cryptocurrencies and its regulation.

2) What is Bitcoin backed by?

It is impossible to talk about the security of cryptocurrency in the usual sense of the word. Unlike traditional money, the issue of which is controlled by state financial institutions and secured by the gold and foreign exchange reserve, cryptocurrencies have no single center. That is, the technology behind cryptocurrencies, blockchain, is by definition a decentralized system. I guess you could say that cryptocurrencies are provided with the power of a distributed computing network.

3) Do cryptocurrencies have a future in Russia?

The national states have not yet decided how to treat the crypto market. On the one hand, it is an objective scientific and technological breakthrough, which is difficult to simply prohibit. On the other hand, in its original idea, the crypto market is a challenge to nation-states and can weaken their influence. This is a difficult situation for governments, and Russia is no exception. In 2017, the U.S. and China took tough measures to put the crypto market under control, if not ban some aspects of it altogether (the ICO ban in China).

On the other hand, Japan passed a relatively liberal act on the legal status of cryptocurrencies. It is hard to say what path Russia will take. The latest statement of Russian President Vladimir Putin caused a positive reaction from cryptocurrency market participants.

4) Can I mine a cryptocurrency myself?

If we are talking about buying, there are no difficulties with it. It is enough to register at a cryptocurrency exchange (in Russia, this often does not even require passport data), enter regular money there, put an order to buy a cryptocurrency at a reasonable price, wait until it is executed, and cash out the cryptocurrency into your purse. When it comes to mining, its complexity depends on the specific currency you want to mine. An example of a currency that can be mined on any computer is Monero (today it is the tenth most capitalized currency). Bitcoin is much more difficult to mine, usually using special ASIC devices.

Most often the Etherium is mined using "gamer" video cards. So far it is legal and profitable in terms of electricity consumption. But if you want to get notable amounts of at least several tens of thousands of rubles, you will face such difficulties as overheating of the room with mining computers and increased fire hazard from high load on electric wiring. In such cases, you need to carefully calculate the power consumption, carefully assess the capabilities of your power grid, and maybe even rent a separate room.

5) How can a non-existent and intangible thing have a demand and significant monetary value?

In truth, BTC also exists in the material world the road your phone or computer operating system does. Remember that this is essentially software, and it is quite obvious that certain types of software have a certain value. they enable us to commit.

6) Is this payment method legal or not?

Officially, not formally yet (certainly not in the U.S.). Legal tender" status means that any creditor is required by regional or national law to accept the currency as payment for a debt. In the U.S., for example, sellers should take the U.S. dollar, doing it legal tender. The U.S. government admits bitcoin transactions, but does not require that every manicurist, car showroom, or a cafe accept it for payment. They are required to accept dollars. However, Japan and including Australia, among all other countries, have already officially adopted bitcoin as a legal and safe means of payment.

7) What are you really buying?

You acquire a digital "key", which is a simple string containing numbers and letters. It provides its owners with a unique record on the Bitcoin-enabled blockchain. You can transfer this asset to someone else at any BTC market price (minus transaction fees).

8) Are bitcoins the real currency? Can I withdraw Bitcoins at any time convenient for me?

Bitcoins carry a certain value, which lies in the possibility of converting assets into the standard generally accepted currency that we are all used to seeing. And also use them as a payment method for buying goods from sellers who support this method. In a similar vein, these assets look like real physical money, and they will be so as long as there is demand among people who want to buy assets, and as long as there is a market. To withdraw your coins, you just need to sell them to someone, exchanging them for dollars or another currency at the same time. The exchanges that process such transactions often experience crashes, what prevents some people from gaining access to the registry record or making transactions for some time, especially during periods of significant change in the value of BTCs. So don't think you can sell bitcoin any time you want to.

10.12.2021 Best Crypto Wallet to Keep Your Money Safe Crypto purses are used to custody bitcoin and other similar assets. Although blockchain is inherently secure, applications that work with it can have vulnerabilities in code, configuration, smart cont...
11.02.2022 TOP 3 Blockchain Wallets So you started investing in crypto, awesome, but have you thought about where to hold your crypto?  Probably you are now because you are reading this.  Although it’s super easy, many...
10.12.2021 How to exchange Bitcoin for Cash Being engaged in mining, trading or investing, sooner or later you start wondering: "can you exchange bitcoin for cash?", then you start looking to more profitable coin exchangers which will help to e...
Cryptocurrency Blog
Contact usCollapse