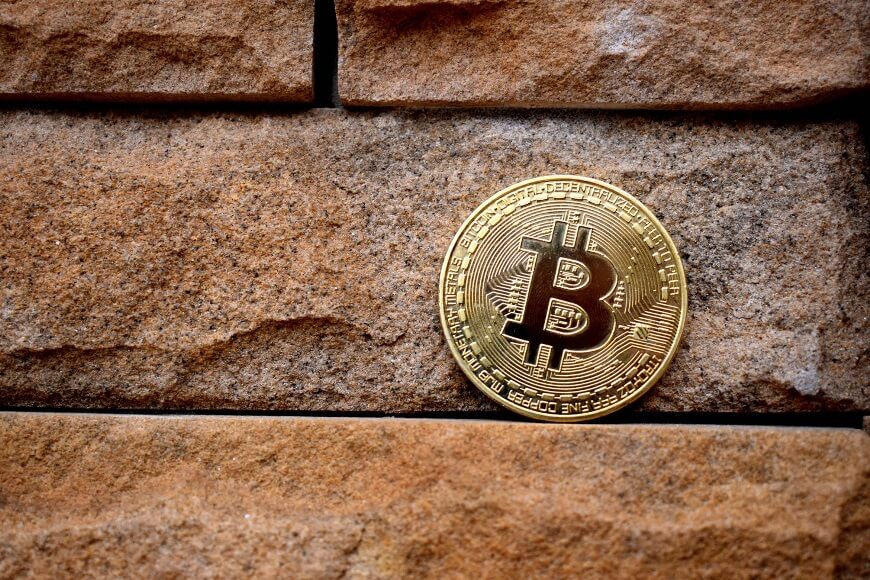 Bitcoin's volatility has been extremely high since early 2021. To a person who is not familiar with the cryptocurrency industry, this volatility can seem dangerous. However, it is a common story for coin to surprise investors even when no one expects it. In this piece, we will remember the asset's major ups and downs and trace the dynamics of bitcoin from its inception in 2008 to the present day.

And you can buy Bitcoin digital gold or buy tokens that will bring you a stable and high profit on J2TX. The service will also give you the best transaction assistance and a chance to learn a lot of useful information about crypto.

The history of bitcoin actually began on 08.2008 when the domain name bitcoin.org was officially created and then registered. Later that year, an anonymous individual with the nickname Satoshi Nakamoto published a document called "BTC: an electronic peer-to-peer payment system". In it, he described how the future cryptocurrency would work.

In 2009, the cryptocurrency began to be mined. However, bitcoin was not sold anywhere. At that time, there were no cryptocurrency exchanges at all. Technically, the price of coin in 2009 was $0.000067.

Throughout 2010, bitcoin never managed to reach the $1 mark, but the price was already starting to rise then. The most amusing moment of that year was when American Laszlo Hanech bought two pizzas for 10,000 BTC (1 BTC cost $0.0025 at the time). If Laszlo had kept that number of bitcoins for another 10 years, he would have more than $450 million in 2021.

Also in 2010, the infamous Mt.Gox cryptocurrency site appeared, which would later become a target for hackers.

The price history of bitcoin in 2011 was a pivotal year: in our history of the coin exchange rate by year, it occupies an almost more prominent place than the record-breaking 2017. First, BTC finally managed to reach the $1 mark. After highly specialized publications Slashdot and Hacker News wrote about the cryptocurrency, Bitcoin.org received a wave of new users from Twitter.

At the beginning of 2011, unusual events took place: from February 25 to February 27, the BTC network's hash rate increased sharply from 401 gigachers per second to 628. Then, the hash rate went down to 392 gpd until March 1 and then rose to a record 774 gpd.

Such a spike could be due to someone using a supercomputer or some kind of network bot, which would later be referred to in the cryptocurrency community as a "mystery miner. This "mystery miner" became the reporting point for the gradual growth of the bitcoin network hash rate, and since June, it "exploded" the network to an inconceivable 15.8 terahashes per second.

On April 16, 2011, TIME published its first article about coin, entitled "Online Bitcoin Money May Challenge Governments and Banks". In early June of that year, after the cryptocurrency appeared in the media, bitcoin prices soared to almost $32 in six days, but then fell to $10.

By 2012 there was a change in the price history of bitcoin: the price dropped to $4.6 but recovered to $13.44 within a year. That same year saw the first-ever BTC halving.

After a great year for the cryptocurrency industry, 2013 saw the culmination of bitcoin's criminal history. In February 2014, the Mt.Gox site was hacked again, this time stealing 744 thousand BTCs. This is an absolute record and the largest hack of exchange to date.

As a result of the hack, Mt.Gox declared bankruptcy and shut down, creating panic in the bitcoin market. From that point on, the first prolonged coin decline commonly referred to as the "cryptocurrency winter," began.

The year 2016 was marked by another hacking, the first hack of Bitfinex for 120 thousand bitcoins, and the emergence of Craig Wright, who proclaimed himself Satoshi Nakamoto. Incidentally, Wright is still suing the developers of BTC Core and BTC Cash, who, as a result of the Mt.Gox hack, deprived him of access to two cryptocurrencies.

Turning points in the price of bitcoin history

At the beginning of the year, coin was worth around $13,800 - and that's the maximum price per coin. By the end of the year, it was trading around $3,800. This year was remembered for the collapse of the cryptocurrency and another cryptocurrency winter. On January 17, 2018, the coin fell to $9800. On January 30, Facebook, Twitter, and Google banned cryptocurrency advertising, ICOs, and binary options on their platforms. After that, the price of bitcoin continued to fall.

In the summer of the same year, Facebook reconsidered its attitude to the ban on cryptocurrency advertising and allowed it, but after moderation. However, this did not help the coin market to recover in price.

By the end of 2018, bitcoin was down almost 80% from the same period in 2017. Miners were selling their businesses en masse as they were making a loss.

In June 2019, BTC tried to overcome a bearish crisis but failed to overcome resistance at the $13,785 level. Legal issues, the SEC's fight against BTC-ETFs, and hopes for the launch of the institutional coin service Bakkt were the main topics in the community.

Back finally launched in September but didn't attract much attention among institutional investors, triggering a drop from $10,036 to $6,657 in just a couple of months.

The year 2020 allowed cryptocurrencies to first stabilize and then begin to rise, despite a major economic crisis around the world related to the coronavirus. BTC and other cryptocurrencies seemed to go against all traditional assets and rose when markets fell.

There were several reasons for bitcoin's strong growth. First, the money supply of the U.S. dollar rose by 22%. And as business activity declined heavily due to the coronavirus, this led to a devaluation of the currency.

Against this backdrop, institutional investors began investing in coin. For example, Ruffer invested 2.5% of its assets in the coin. The British investment fund said in a letter to its investors that the move was needed as insurance against the devaluation of global fiat currencies.

In 2020, one of the largest payment systems, PayPal, allowed its platform to use cryptocurrencies for payments. This decision was met with huge demand, and the company had to increase the limit on transactions several times.

Bitcoins volatility is largely dependent on news from companies and banks. Tesla announced that it had bought $1.5 billion worth of coins - the price went up. Soon after, the company changed its mind about accepting bitcoins as a means of payment - the value of BTC plummeted by 10%.

Still, the cryptocurrency is supported by other big players, billionaires are buying stakes in cryptocurrency exchanges. In addition, in April there was an important event for the market - the largest U.S. crypto exchange Coinbase went on a direct listing.

So far, the forecasts for coin are not very optimistic. For example, JPMorgan believes that the coin will not return to the price of more than $60,000, as the inflow of investments in the cryptocurrency "looks modest". However, for almost 13 years of its existence, BTC has repeatedly surprised its holders, which means that 2021 will bring us many more surprises.

And you can buy coins without risks and law violations at the top digital gold marketplace - J2TX. Here you can both buy Bitcoins and invest in Ethereum, the developers have even provided the opportunity to buy valuable tokens that bring incredible returns.

J2TX is where you're one step away from the world of cryptocurrency.

25.11.2021 How many Bitcoins will ever be created? The world will never be the same since the first bitcoin appeared. The constant evolution of finance has led to a new form of currency, developed by an unknown man and supported by a group of the brig...
01.03.2022 How many Bitcoins are left in the world? The main difference between bitcoin and fiat currencies is the limited issue. This feature of BTC gives it strong characteristics that prevent inflationary processes that devalue the currency. An impo...
04.03.2022 Countries where Bitcoin is legal and illegal The use of cryptocurrencies can be seen in people's daily lives more and more often. More and more investors, traders, and ordinary people accept digital coins and are willing to make payment transact...
Cryptocurrency Blog
Contact usCollapse