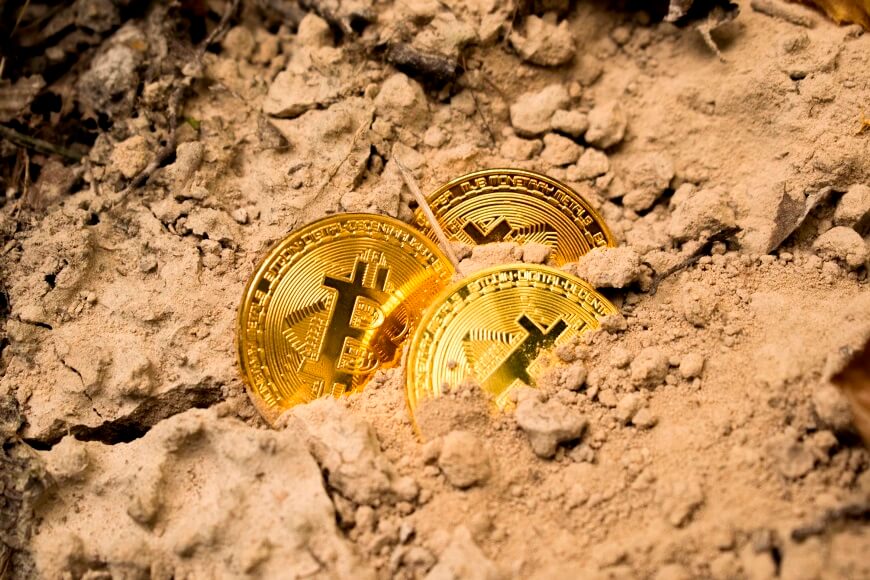 You probably already know what Bitcoin (BTC) is and what value it represents to you as a user. Available as a payment instrument to pay for goods and services, BTC works a bit differently than fiat money, especially when it comes to issuing monetary units. So, we are here to tell you how digital money is issued, how Bitcoin mining works, what you need to mine cryptocurrency, and where to start.

How Does Bitcoin Mining Work?

In order for new digital tokens to hit the market, the blockchain (the network where cryptocurrencies operate) creators have devised an issuance mechanism that is very similar to gold mining. Like gold mining, BTC mining is a resource-intensive task that rewards those who put effort into it. Instead of a traditional banking system with intermediaries and a central regulator, the blockchain system is a kind of decentralized database where transaction data is stored. In fact, Bitcoin does not exist in the physical world, instead, there is only information about how many digital tokens you have in your wallet now and how much you have spent performing certain transactions.

Mining is a transaction validation mechanism necessary to ensure the security of the network. It is essentially about performing computer calculations by powerful computing systems. The result of mining is another completed block of transactions that have been validated and added to the distributed database (blockchain). Theoretically, anyone with a laptop or smartphone can engage in this busyness, but in fact, miners are major players in the market with powerful computing systems, also called mining farms.

As mentioned above, miners are rewarded with a certain number of crypto tokens that appear on the network as a result of each new block created. While the number of coins is small, given the current Bitcoin exchange rate, this reward can be quite generous, and it encourages many to engage in digital token mining. However, as the network evolves and the number of users grows, its algorithms become increasingly complex and have become very demanding on the computing power of systems. Therefore, before investing in mining infrastructure, read this article to the end.

So, now you have an idea of how bitcoin mining works and why it is done. It is actually computational work done by network participants to make a profit and keep the entire infrastructure up and running. The miners, who get BTCs for their work, are actually getting paid to verify the legitimacy of the transactions. Invented by the network's founder himself (allegedly Satoshi Nakamoto), mining is an integral mechanism of the blockchain without which it cannot exist.

Creators of digital money face the problem of double-spending when the same digital token can be used to buy several different things, for example. In the case of fiat money, there is no problem because it exists physically. Even if you use a contactless payment method with your credit card, some amount of dollars and cents will be deducted from your bank account and that will be monitored by the payment system. Because BTCs do not physically exist and operate on a decentralized network where there is no central authority overseeing its operation, the problem of double-spending does occur. Thus, miners check transactions to ensure that they are legitimate and that no participant has tried to spend the same bitcoin twice.

Knowing how bitcoin mining works will help you decide whether or not you should get into it. So, what do you need to mine or how to build a mining farm (a powerful computing machine)? There are a few interesting facts about the Bitcoin ecosystem that you should be aware of:

You have probably heard that miners do complicated mathematical calculations. In fact, the essence of their work is to find a 64-digit hexadecimal number (hash) closest in value to the target one. As BTC becomes more popular and the number of network participants increases, the calculations become more and more complex, consuming a huge amount of electricity, which many consider being one of the major problems of digital money.

What Do You Need to Get Into Mining?

When cryptocurrency history was just beginning, it was possible for ordinary people with home PCs to verify the legitimacy of transactions and receive BTCs as rewards. Over time, the computational complexity has changed, so not even a server can handle this task efficiently. Remarkably, the complexity of the algorithms adjusts regularly with every 2016 new block added to the distributed ledger. For a simple computer, it takes too long to find the block. All this suggests that to be competitive, you need a powerful computing machine with enormous bandwidth. So, once you already understand how bitcoin mining works, it's time to get familiar with the basics needed to get you started:

With the advent of so-called cloud mining, today you don't have to buy expensive hardware. You can now reserve processing power on a remote server that specializes in transaction verification, paying a relatively small monthly fee. However, before you choose this option, you should understand that your reward for each new block added to the blockchain is proportional to the processing power (machine computing speed) you rent.

What is Bitcoin mining?

It is the process of verifying bitcoin transactions and then adding them to blocks, resulting in the issuance of a certain number of new tokens to reward the miner.

How does bitcoin mining work?

It is actually a process of matching a complex number (hash) in order to secure transactions and prevent digital money from being double-spent.

Is mining a profitable activity?

Although from 2020 the miner's reward for each new block added is only 6.25 Bitcoins, given the current exchange rate, this could be a very profitable activity. Take a responsible approach and increase the productivity of your setup to earn more BTC per day.

Can I mine on my PC?

The processing power of an ordinary PC is negligible compared to the complexity of the algorithms to be calculated, so this is unlikely to produce the desired result.

How else can I get Bitcoin?

You can buy Bitcoin for fiat money or altcoins on almost any cryptocurrency exchange.

What are the mining risks?

Knowing what bitcoing is and how Bitcoin mining works, you will easily find out that volatility and lack of regulation are major risks.

How much does it cost to build your own rig or farm?

Miner Daily estimates that you need to make an investment of $7,000-11,000 to get started. Over time, you will have to increase the processing speed of the farm to stay competitive.

What is a mining pool and should I join one?

A pool is a group of network members who combine the computing power of their setup to increase the chances of making a block to earn more per day. Before you join, find out about the way profits are distributed among the participants.

15.01.2021 How and When Bitcoin Appeared At the moment, there are about 5,000 different cryptocurrencies. In terms of market capitalization, the TOP-20 cryptocurrencies now look as follows: Bitcoin (BTC), Ethereum (ETH), Tether (US...
28.10.2020 How does the Blockchain Work? What is it ? Blockchain is a data storing technology, which was used for the first time in October 2008, along with the appearance of the first cryptocurrency – bitcoin. Today the main direction of i...
02.03.2022 Bitcoin Mining Farms - Is Mining Cryptocurrency Still Profitable? The value of Bitcoin (BTC) has been rising recently. This has led to a rise in the share price of mining companies. There are MARA and RIOT, two bitcoin mining Farms whose shares soared as the crypto...
Cryptocurrency Blog
Contact usCollapse